A new version of Google Keep, Google’s cross-platform service for note-taking, rolled out today on the Google Play Store. I downloaded version 5.20.081.01.40 on my Pixel 4, and after comparing the resources with the previous version, I found hints at an upcoming feature. In a future version of the Keep app for Android, you may be able to create new drawings while your device is locked.

An APK teardown can often predict features that may arrive in a future update of an application, but it is possible that any of the features we mention here may not make it in a future release. This is because these features are currently unimplemented in the live build and may be pulled at any time by the developers in a future build.

Three new strings quite clearly hint at this feature:

There are also layouts for two new activities: com.google.android.apps.keep.ui.activities.SecureDrawingActivity and com.google.android.apps.keep.ui.activities.SecureDrawingLauncherActivity. Launching the former activity simply opens up the drawing activity that can already be accessed by opening the Google Keep app. Launching the latter activity shows a dialog that states “this feature is not available,” which matches one of the strings shown above. After briefly looking at the code for these two activities, it seems that this feature isn’t fully implemented yet. Judging by the “lockscreen_drawing_overlay” string, though, it seems that the Keep app may show a floating overlay icon on top of the lockscreen, that, when tapped, launches the secure drawing activity that isolates the user from navigating to the rest of the main application. However, we won’t know exactly how it works until the feature is more fully developed. 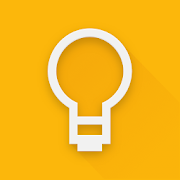 Thanks to PNF Software for providing us a license to use JEB Decompiler, a professional-grade reverse engineering tool for Android applications.

Make the Most of Social Distancing with these Coding Courses

Download: OnePlus 8 and OnePlus 8 Pro are getting the Android 11 Beta