WhatsApp remains the favorite messaging platform of many, and with over two billion users, its ubiquity makes communication simple. However, with growing concerns surrounding its ownership by Facebook (even though WhatsApp boasts end-to-end encryption), many are looking towards alternative options. Facebook’s track record when it comes to privacy has never been good, and with the company only recently making moves towards not adding advertisements to WhatsApp, its userbase is understandably miffed. Typically, those aforementioned alternative options are composed of two superlatives – Telegram or Signal. WhatsApp co-founder Brian Acton, after leaving the company amidst rows with his previous Facebook-colleagues, has invested $50 million in Signal’s development. He also co-founded the Signal Foundation (a non-profit) and joined as executive chairman in 2018.

This particular linking up makes sense, especially as WhatsApp’s first versions of end-to-end encryption had actually used Signal’s open-source encryption protocols. Acton only left Facebook back in 2018 after having seen the company’s attempts at dismantling the privacy offered by WhatsApp. Facebook purchased WhatsApp in 2014 for approximately $19 billion. Since then, Acton has been heavily involved in data privacy movements such as #DeleteFacebook, which he has openly supported over the past few years since his departure.

The Signal Foundation now has 20 employees, with the Signal app boasting more and more features as time goes on. It is no longer merely just a barebones encrypted messaging app, but also offers features that rival those of other messaging apps. It supports the sending of images and videos that disappear after viewing (à la Snapchat or Instagram), stickers, and emoji reactions to messages. It has also been announced that the app will trial support for storing encrypted contact details in the cloud, and will also offer a new system for group messaging in the future.

“The major transition Signal has undergone is from a three-person small effort to something that is now a serious project with the capacity to do what is required to build software in the world today,” Moxie Marlinspike, creator of Signal and co-founder of the Signal Foundation, says.

While these features are not typically aimed at the privacy-conscious that Signal originally aimed to attract, they are “enrichment features” that will entertain and attract the general user that may not care so much about privacy. “This is not just for hyperparanoid security researchers, but for the masses,” says Acton. “This is something for everyone in the world.”

Signal’s group chat changes will allow administrators to add and remove people from groups without a Signal server ever being aware of that group’s members. It’s designed in partnership with Microsoft Research where an app uses “anonymous credentials” for gatekeeping user entry into a group. “It required coming up with some innovations in the world of cryptography,” Marlinspike says. “And in the end, it’s just invisible. It’s just groups, and it works like we expect groups to work.”

The previously mentioned contact storing would also use a new system called “secure value recovery,” which would let you create a contact book of Signal users which is stored – encrypted – on Signal’s servers. This would be preserved when switching from phone to phone, meaning that you can keep your Signal contacts entirely separated from your smartphone if you so wish. The data stored would be encrypted so that it can’t even be seen by the operating system. This feature, should it prove successful, may form the foundation for Signal to do away with the use of phone numbers entirely. There are worries that adding more features introduces more room for vulnerabilities to crop up.

“I’ll just say, this is something we’re thinking about,” says Marlinspike. Secure value recovery, he says, “would be the first step in resolving that.” 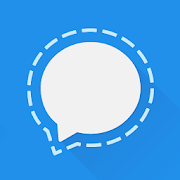